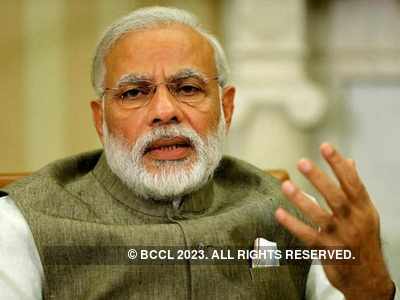 As India tries to reassess its trade ties with China, the government is reassessing ways and means to encourage substitution of goods imported from the neighbour. As reported by ET on June 20, the government has asked industry to submit a detailed list of imports from China across essential and non-essential categories. India has barred Chinese firms from supplying critical communications infrastructure such as 4G equipment to state-run telecom companies and could even extend that to cover private telecom players.

Prime Minister Narendra Modi on Saturday met with the ministers and top officials from infrastructure and commerce ministries, to discuss ways to boost local manufacturing and exports amid continuing tensions with China, officials familiar with the matter said.

Saturday’s meeting came after an informal group of ministers comprising textiles minister Smriti Irani, minister of state for shipping and chemicals Mansukh Mandaviya and power minister RK Singh met with the industry on Friday to take feedback on non-fiscal measures that could be undertaken to give an impetus to manufacturing and exports, including reducing turnaround time at ports, roping states to improve infrastructure, self-certification and power, among others.

The Smart ForFour electric car has been spotted in Bangalore sporting private registration...